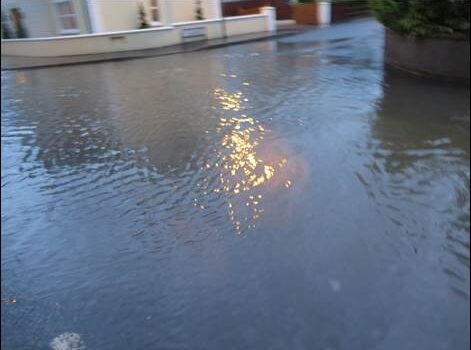 Following site investigations as far back as October 2019, NI Water has announced that a £7m flood alleviation scheme for the Ravenhill Avenue area will start in September 2020.

The investment has been praised by the Infrastructure Minister Nichola Mallon and local residents, as the area’s existing drainage system, which dates back to the early 1900s, has left surrounding streets and properties at risk of internal and external ‘out of sewage’ flooding.

£7 million of government investment will be spent to alleviate these risks and upgrade the sewerage system over a 24-month period. Appointed contractor, Geda, will carry out work on sections of the network around Ravenhill Avenue, Ravenhill Road, Sunwich Street, Federation Street and Millar Street.

Although minimal disruption is anticipated, David McClean, NI Water Project Manager, thanked the public in advance for their cooperation, adding that the significant programme of work “will bring real benefits to the local community.”

OSM Director, Micheál O’Sullivan, who has worked for several years within the public and private sector, has praised the scheme.

“Having completed Flood Risk Assessments throughout South and East Belfast, it is clear to see that large sections of the existing drainage systems are outdated and need improving. Investment such as this will significantly benefit local residents and businesses in the area.”

One such example of flood risk assessment that OSM Environmental Consulting has carried out in East Belfast saw our dedicated Flood Risk Assessment team evaluate outdated drainage infrastructure (similar to the system serving Ravenhill Avenue) which was due to serve a planned apartment development.

From this assessment, OSM were able to delineate which surrounding properties were at risk from flooding and identify effective solutions to allow the development to go forward safely.

If you require a Flood Risk Assessment or Drainage Assessment, contact a member of the OSM team today.

"We were referred to OSM by a fellow…