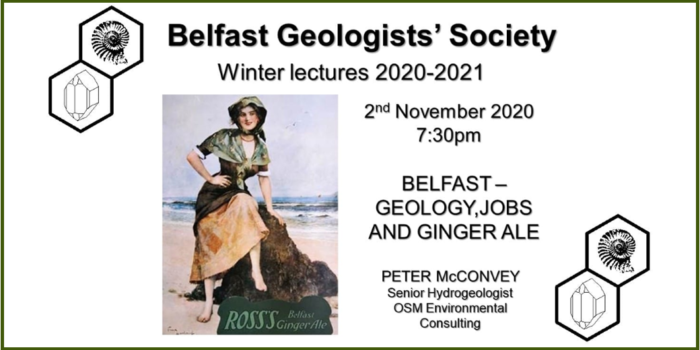 OSM Senior Hydrogeologist, Peter McConvey, guest lectured for Belfast Geologists’ Society this Monday. The talk was well received by the 42 members who attended online via Zoom.

Founded in 1954 to promote the science of Geology with academics, professionals and enthusiasts throughout the city, the Belfast Geologists’ Society regularly arranges visits to sites of geological interest and hosts lectures on the latest geological research. Although these lectures are normally hosted in the Ulster Museum, due to current restrictions, Peter was able to give his talk from the comfort of his living room. 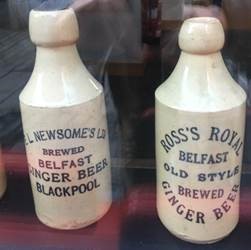 Peter has been a practicing Hydrogeologist for three decades and was delighted to be asked to take part. Regarding Monday’s event, he said:

“Belfast Geologists’ Society has done fantastic work in fostering a passion for geology in my area throughout the years. It means a great deal that they have asked me to share my research with such a committed society.”

Peter has worked extensively in Northern Irish hydrogeology, having worked as a Team Leader in the Geological Survey of Northern Ireland, helping to implement the Water Framework Directive for groundwater in the region. In this role, he was also instrumental in creating both the Groundwater Vulnerability Classification and Aquifer Classification for Northern Ireland. You can read more about his notable career journey here.

Following site investigations as far back as October…