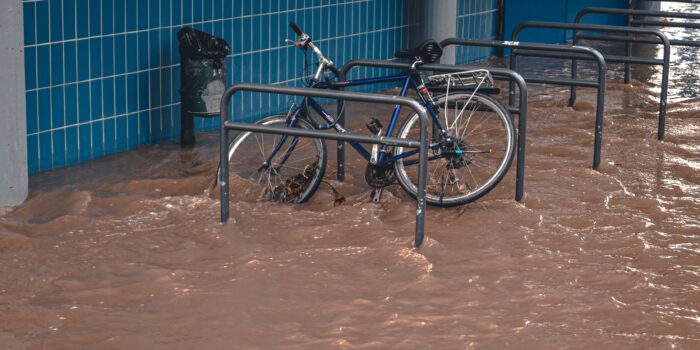 Despite many enjoying the heat, experts have spoken that is a worrying side effect of climate change, with many predicting Northern Ireland will face drier and hotter summers at greater extremes.  Although the projected rainfall is lower, the downpours we will experience are predicted to grow heavier and more extreme.

Queen’s professor, John Barry (and former leader of Northern Ireland’s Green Party) explained this “…will put pressure on drainage and sewage infrastructure as well as threaten vulnerable roads, and sources of water alongside threatening ecosystems and habitats.”

This is due to dry spells followed by heavy rainfall inhibiting the land from absorbing the water at its usual rate, meaning there will be increased drainage issues in rural areas and agricultural land.

In more urbanised areas, the use of tarmac and lack of natural green space means the sewage systems bear the burden of increased drainage. This is especially problematic in Northern Ireland’s capital, Belfast, which is served by outdated drainage systems dating back as far as a century.

Following the recent downpour, local businesses, school and new housing developments were impacted by flooding, causing the area’s MLA, Steve Aiken OBE, to comment “The number of so-called 100-year flooding events that are now happening on an annual basis just underlines how inadequate our [drainage] systems are.”

He is now seeking an urgent meeting with Infrastructure Minister, Nichola Mallon, to discuss how to prevent flooding issues in Ballyclare.

Across Northern Ireland, drainage is causing severe issues for developers, with many councils rejecting new planning proposals due to inefficient drainage systems.

Indeed, some Northern Irish housebuilding firms have formed a campaign group called Drains for Development to raise awareness of the inadequate drainage system in Northern Ireland.

OSM Northern Ireland Drainage expert, Micheál O’Sullivan, has been working on behalf of prospective developers to overcome these drainage issues to further development.

“The need to improve Northern Ireland drainage systems has never been more apparent. Having worked within NIEA, I understand the pressure to ensure development is sustainable, however the impact from inadequate drainage on the Northern Irish economy cannot be understated.

“The recent announcement of increased funding to NI Water is a huge relief and hopefully it is acted upon quickly to bring Northern Ireland drainage into the 21st century.”

If you require any drainage assessments in Northern Ireland, Republic of Ireland or United Kingdom, get in contact with OSM today.

Flood risk for planning is becoming an increasingly…

There is light at the end of the…

OSM Environmental Consulting are delighted to have been…